“GardenFit,” a new public television series, shows that gardeners need as much attention as their plants. 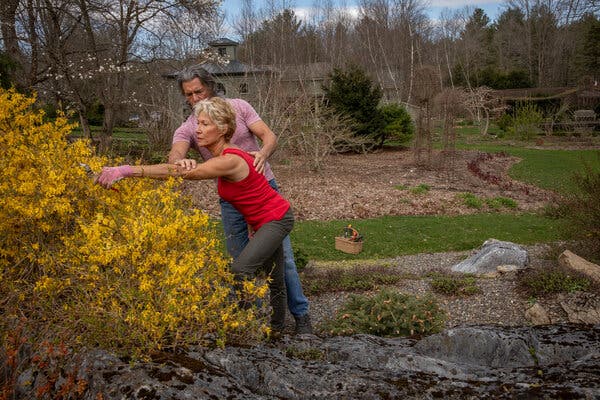 Jeff Hughes, a fitness trainer, and Madeline Hooper, a retired public-relations executive and avid gardener, created a new public television show called “GardenFit” after she went to him for help with an aching neck and shoulder. Here, he reminds her to move her arm back and forth, like a seesaw, while pruning.

You may invest in any number of gardening equipment if you want to garden smarter, such as a telescoping pole pruner that extends your reach to prevent straining as much, or a kneeling pad with greater cushioning. The most essential tool, however, is your body. And this necessitates the formation of new habits based on an understanding of how your body functions when gardening.

That’s the idea behind a new public television series called “GardenFit,” which combines garden visits and self-care consultations in real life, with a reality TV vibe. The service: come for the gardens and stay for the chance to get relief from aches and pains caused by all that bending and crouching, as well as repetitive one-handed or one-sided tasks.